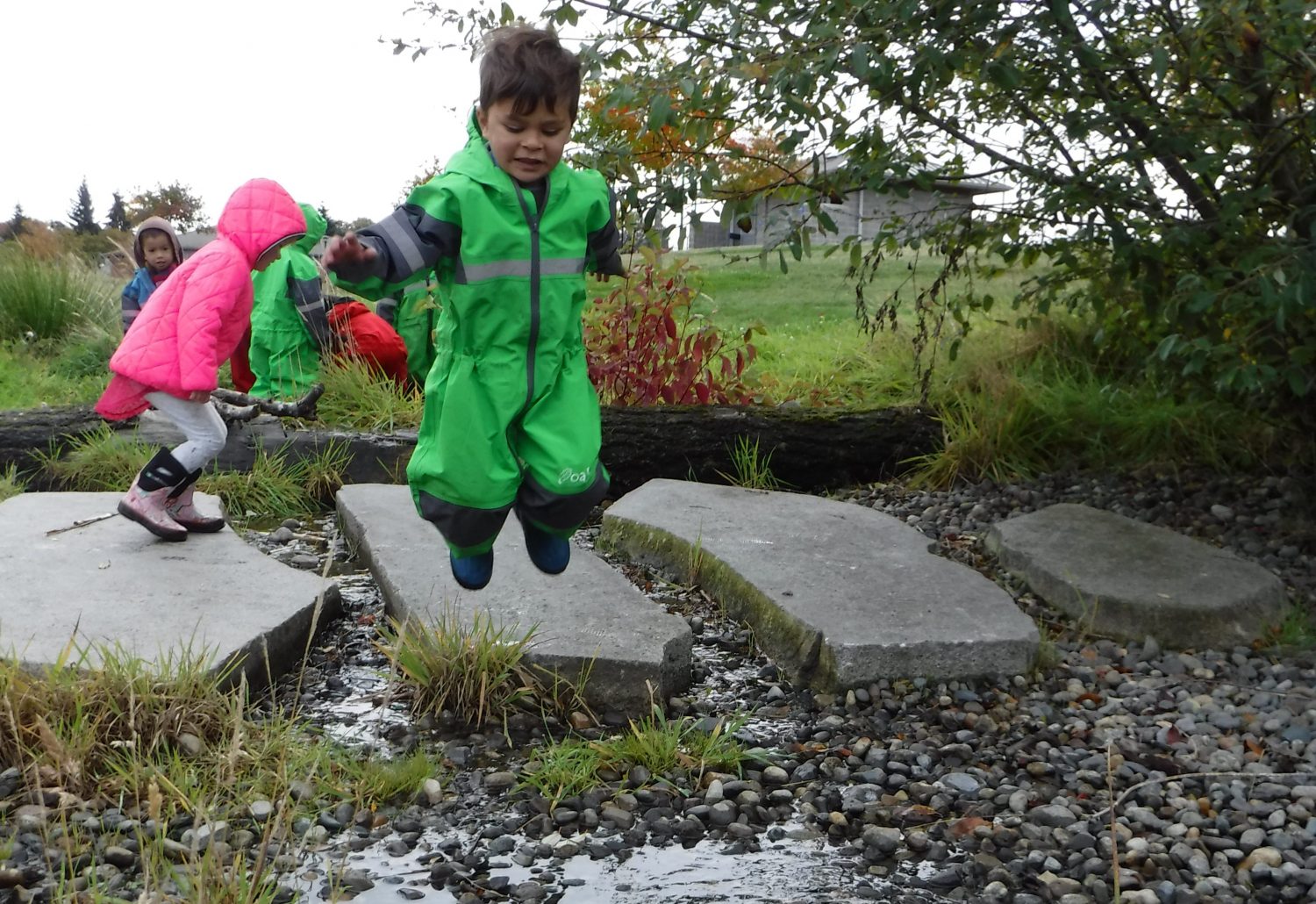 17 Oct How Safe Is Learning Outdoors? Just as Safe as Learning Inside UW Study Finds

Posted at 11:48h in Uncategorized by Tiny Trees 0 Comments
Share

Hannah Frenkel, MPH from the University of Washington compared injury & illness rates at indoor & outdoor preschools. The result: children learning & playing outdoors is just as safe as learning and playing inside. Despite the cold weather, and increased risk taking by children that happens in an outdoor classroom, students have the same rate of injury and illness.

Read her study here.
Or read the introduction below.

Illnesses and Injuries at Nature Preschools

Introduction
Time spent outdoors in natural environments has been shown to yield physical, cognitive, and emotional benefits for young children. Outdoor environments promote physical activity and active play that are associated with healthy gross motor development [1]. Motor development is supported both through the physical exertion and physical challenges of playing on the varied features and uneven surfaces typical of the natural environment [2, 3]. Outdoor physical activity is also associated with other physical health benefits for children, such as lower obesity, decreased near-sightedness and improved Vitamin D levels, necessary for healthy bone development [4-7].

In addition to physical health benefits, exposure to nature and outdoor play have been shown to make positive contributions to children’s social and emotional development, including increased cooperation, creativity, self-discipline and lowered levels of stress [8-11]. Children also benefit cognitively from time in nature through improved problem-solving abilities, increased attention, and reduced symptoms of attention-deficit hyperactivity disorder [9, 12-14].

While the evidence regarding the many benefits of children’s outdoor exposure is growing, outdoor play opportunities for preschoolers residing in urban areas are limited. The American Academy of Pediatrics recommends that preschool age children get 60-90 minutes of outdoor time each day [15]. A study of Washington State’s child care programs found that most centers provided less than the recommended amount of daily outdoor time for young children [16]. Another study found that conventional child-care centers provided an average of only 33 minutes of outdoor active play per day [17]. Furthermore, in a nationally representative U.S. sample, less than half of preschool age children were reported to play outdoors with their parents on a daily basis [18].

While interest continues to mount for this alternative model of early childhood education, little research has focused on the health and safety implications for children of spending the preschool day out of doors. To date, there is no research regarding the incidence of illness among children at fully outdoor nature preschools compared to conventional preschools where most of the children’s time is spent indoors. Two studies, one conducted in Denmark and one in Sweden, evaluated the effects of outdoor time at preschool on the incidence of illness and reported mixed results. The Danish study found no association between outdoor time and risk of illness, and the Swedish study found that exposure to outdoor time was associated with decreased illness incidence [22, 23]. A study conducted in Norway compared illnesses between children at outdoor and conventional preschools; however, preschools were classified as outdoor if they spent a minimum of 3.5 hours outside per day. This method of categorization of outdoor preschools included schools where children spent some of their day indoors [24]. No difference was found in the incidence of illness between the outdoor and conventional preschools. However, since contagious illnesses are often spread via contact with shared surfaces, even limited time indoors could increase the incidence of illness. These studies do not directly address the question of whether health outcomes of children who attend outdoor preschools differ from health outcomes of children who attend indoor preschools.

Nature preschools could plausibly demonstrate either a lower or a higher incidence of illness than conventional preschools. Several considerations suggest a decreased risk of infectious disease. First, nature preschools may present fewer shared surfaces to touch and spread infectious agents. Additionally, children at nature preschools may be less likely to inhale airborne viruses since they spend all day outdoors in fresh air [25]. Third, there is evidence that natural exposures may enhance immune activity [26-28]. On the other hand, outdoor exposure may confer an increased risk. Some research has shown that exposure to cold temperatures and low humidity, as well as changes in temperature and humidity, are associated with an increased risk of respiratory illnesses [29].