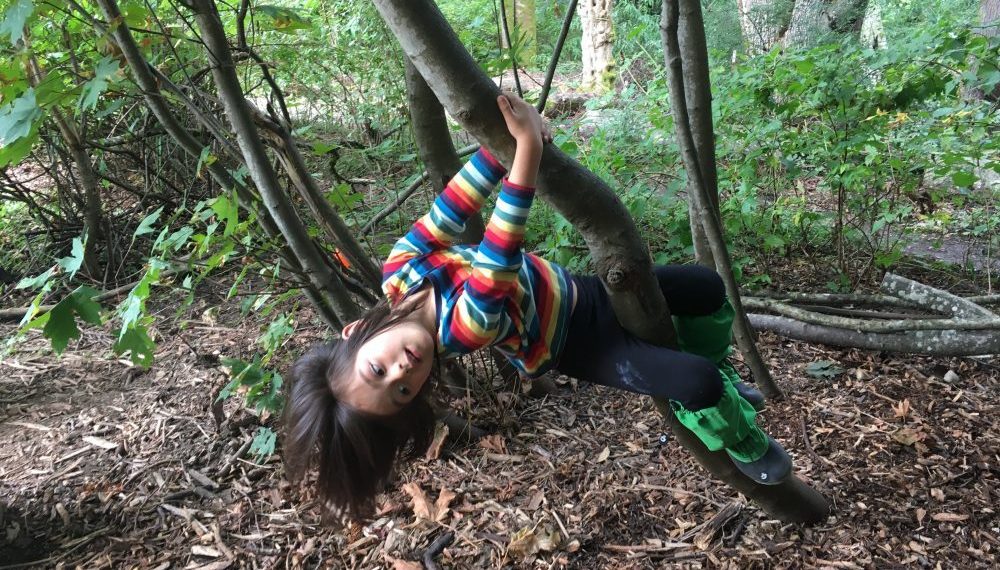 AMBER FYFE-JOHNSON WAS FRUSTRATED. She’d been working as a pediatrician but kept finding time too tight during appointments to address patients’ lifestyle problems. “It’s very easy to say, ‘Eat healthier food and get more exercise. Okay, good work.’ And then everyone’s out the door,” she says. “But behavioral change doesn’t just happen from those two sentences.”

So she left pediatrics and earned a PhD in epidemiology. This fall, she launched a study through Washington State University to investigate the effects of outdoor preschools on childhood obesity. The idea’s not new (Germany had over 1,000 such schools by 2014) but it remains novel stateside. In 2017 Washington became the first state to license these programs. Now some schools are testing how revolutionary the model might be. For two years, Fyfe-Johnson will track the physical activity, BMI, sleep, and gut microbiome diversity of 200 kids—half at traditional preschools, half at Tiny Trees Preschool, which runs 12 outdoor classrooms in nine King County Parks.

Though research on how all-outdoor school affects physical health is still fledgling, it looks promising. When playing outside, kids are twice as active as they might be indoors, get more vitamin D, have less myopia, and display fewer ADD symptoms. Some research suggests merely spending time outside can boost immunity. A Swedish study found a decrease in illness at outdoor schools, though a small University of Washington study in 2017 found that injuries and illness were about the same for Tiny Trees students compared with conventional preschoolers

Nature play, of course, isn’t all or nothing. At Seattle Waldorf School, students spend one to three hours a day outside, depending on the grade. But one of the most exciting things about Tiny Trees’ model is that it’s also lowering the cost (no building) of potentially healthier learning, and extending that model to families who might not normally benefit (half of all students come from homes in need and pay reduced or no tuition). Is it possible to stretch the idea of what a school might be in various directions, all positive, just by heading to the park?

“That’s what we all hope,” Fyfe-Johnson says.